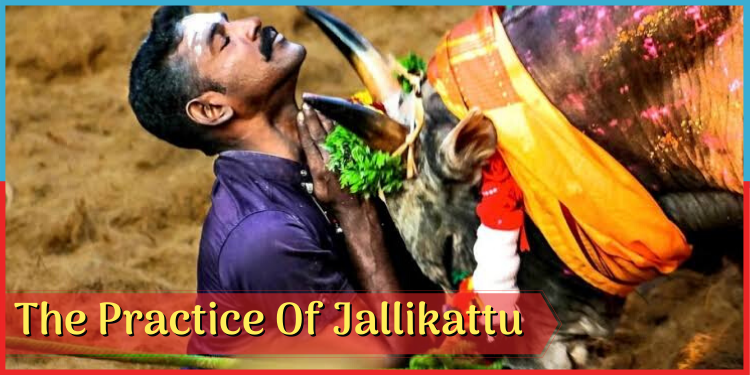 India is full of bizarre traditions and cultures that no other resembles but this doesn’t mean that the country has all unique in its kind. Jallikattu, a tradition of South India also known as sallikattu, eru thazhuvuthal and mancuvirattu is a bull taming event happening each year as a part of a custom. It is probably the most sensational culture of India as it never fails to grab the limelight at the time of the event. Surprisingly, this dangerous custom is celebrated like a festival throughout the southern region of India and even appreciated by the participants! The exceptional life threatening event each year witness hundreds of participants who willingly participates in bull fighting. As there were huge cases of injuries and death reported during the weeklong event, the court decided to put the ban on the culture only to face a massive backlash later. Let’s explore this traditional bull taming test!

Jallikattu and the controversy- The complete story

The word Jallikattu is made of two words, Jalli which means ‘coins’ and kattu which means ‘package’. This is enough to explain the merit of Jallikattu. Coins are tied up on bull’s horns and the participants are supposed to recue those coins as it serves as a prize money for them.

It is a traditional culture during which the bull known as Pulikulam or Kangayam is set loose into the crowd of participants, who then try to grab the bull’s horn in order to get the prize money. During this event they try to jump over the bulls hump and on its back for as long as possible in order to stop it while the bull tries to escape, this is exactly why the tradition is extremely barbaric. Jallikattu is practiced in the regions of Tamil Nadu during the Pongal celebrations, since 400-100 BC. Historically it was practiced among the Ayar people who lived in the ‘Mullai’ regions. But gradually it took over the rest of Southern India and the prize money was introduced to boost up participants encouragement. Jallikattu is demonstrated as an act of bravery by netizens. According to several people, the main concept of this event is to see which bull is the strongest among all so that they can be further used for breeding. Whereas many locals also believes that through Jallikattu they can locate the bravest and the most suitable man of the village!

Animal Welfare Board of India’s concern

During the event of Jallikattu several deaths are reported of both humans and bulls. A report says that during the period of 2008 to 2014 almost 43 humans and 4 bulls were killed whereas 2500 human injuries and several injured bulls were also reported. In addition to this, bulls are treated heinously before the event, in order to make them run, people deliberately rubs lime water and chilli powder onto their eyes. To subdue these animals, they are also stabbed by knifes or sticks, punched and dragged to the ground. The terrified animal then run here and there and sometimes into several dangerous places which results in broken bones or even deaths. This was the main reason the Government of India put ban on the act several times.

This ban outraged number of people who came out on road against the decision. Numerous protesters led a march throughout the region to remove the ban. The apex court stated that according to the Right to Freedom of Religion in Article 25 and Protection of the Constitution in Article 29(1), they may not permit states to make such laws. The legal situation of Jallikattu is yet not clearly resolved, thus the ban on it has been on and off since 2006.

Hence, Jallikattu has been in a controversy ever since. The 2020 traditional Jallikattu event has already been started by today and will last till 20th January, 2020. Be it a tradition of beliefs or a barbaric act, it is well proved that the followers doesn’t see it in a bad light. Instead they celebrate it with great joy discarding any worry to the lethal part attached with the custom.

The 10 Delicious Places to In Bangalore

5 Reasons Why Trying New Delicacies While ...