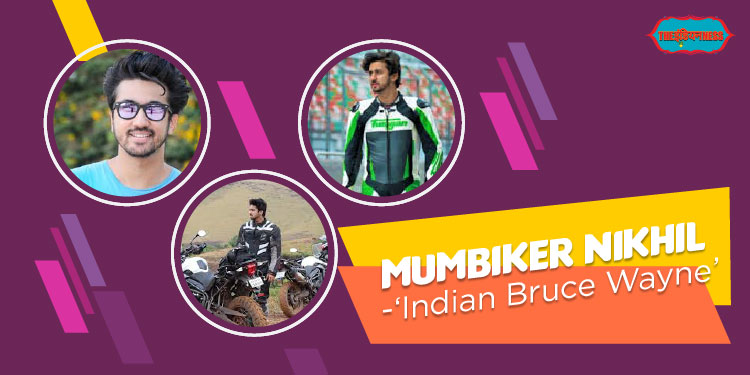 Nikhil Sharma a man armed with action cameras, a motorcycle buff is capturing his joy. The 27-year-old Sharma does not reveal his address, rides a stunning motorbike, kits himself out with fancy gadgets such as drone camera with a mouth camera attached to his helmet often sneaking out and showing the world the beauty of roads is non the less ‘Indian Peter Parker’.

Nikhil Sharma is a famous masked moto vlogger from India who has a YouTube channel name “Mumbiker Nikhil” which has over 2.2 million subscribers. He started his YouTube channel “Mumbiker Nikhil” on 3rd July 2013 and is now planning to be a full-time YouTuber. At the start he combined his passion for bikes and videography together and started making vlogs. He didn’t rose to fame overnight until his trip named ‘Mission Ladakh’ captured the eyes of the viewers gaining subscribers of around 100k. In 2017, Nikhil was invited to the YouTube Fanfest in Mumbai. He performed an act on the stage with a Harley Davidson which he borrowed it from his friend Debashish Ghosh. It helped Nikhil to gain more subscribers and on March 16, 2018, he achieved 1 Million subscribers on his YouTube Channel. Till date Nikhil has posted 616 videos in his channel and has over 18 Million Views. Mumbiker Nikhil has fan base of 773K followers on Nikhil sharma Instagram. He also gained 206K followers on Twitter. In 2017, he went for K2K (Kanyakumari to Kashmir) ride on his KTM Duke 390 to meet his fans all over the country. Nikhil has collabed with many famous Indian YouTuber which includes Bhuvan Bam, Ashish Chanchlani, Be Younick, Technical Guruji & Prajakta Koli. 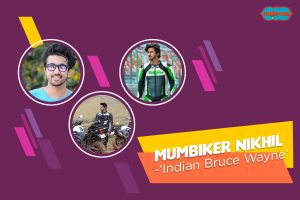 Net worth, bikes and his moto USP:

Nikhil Sharma’s main source of income comes from YouTube Videos & Sponsorship from Brands. Currently, his net worth is unknown. In his bike collection, he has 3 bikes at the moment which are “Tiger Triumph XCA”, “KTM 390” & “Bajaj Eliminator”. He also owns a “Maruti Suzuki Swift 2008 Vki”. Nikhil lives in Mumbai near Pawai (India) with his family, correct address is still not known. Interestingly the USP of this young vloggers is “Keeps it real, clean, even calling his mom on trips”, which was given by The Times Of India.

Nikhil Sharma is definitely the rising star in the world of motorbuffs!